Brownsburg, Ind. (March 13, 2017) – Despite having plenty of seat time testing the new Tatuus-USF17 car, John Cummiskey Racing driver Kris Wright came to St. Pete with a lot of learning to do.

Not only were the opening two rounds of the Team Cooper Tire USF2000 Championship Powered by Mazda his debut in an open wheel car, it was also the first time he had ever driven on a temporary street course.

Wright, the driver of the No. 34 MasterTech/PPG/Wright Automotive Group car, carried modest expectations into the weekend, and came away happy with his progress after finishing P14 and P15, respectively, in each of the two races.

Wright completed all 45 race laps around the 1.8-mile, 14-turn course, and in total completed 75 laps for the weekend.

“It was a different experience (driving on a street circuit), but I had a good time,” Wright said. “I saw both checkered flags, and that was what I set out to do.”

With several cars involved in incidents through the first two practice sessions, Wright took a bit of a conservative approach in qualifying, and started Race 1 in P18 and Race 2 in P17. While he though he could’ve been quicker, watching other drivers bounce off the unforgiving concrete walls made him determined to just take care of the car.

“Running a street course is something that takes some adjustment,” Wright said. “The car bounces around a lot on the bumps, and the walls come up pretty quickly.”

Wright improved four spots in the first race and two in the second. He was involved in a Turn 1 incident with Bruna Tomaselli in Race 2, and while the right side of the car momentarily came up in the air, he was able to continue.

In both races, Wright paced the field as the quickest driver in Turn 4 and felt he was getting more comfortable with the car as the second race wound down. His last lap of Race 2 was his fastest of the race.

“I was having a lot of fun in Race 2, and really wished it were about 10 minutes longer as I really thought I was beginning to get the hang of things,” Wright said. “Now we can start to go fast, and I’m really looking forward to Barber.”

Wright and JCR will be back on track April 24-26 when the USF2000 series heads to Barber Motorsports Park in Alabama for championship Rounds 3-4. Wright has notched over 300 miles in the USF-17 during testing there, and JCR has posted a podium and three Top 10 finishes in the last two seasons.

“It’s tough for young drivers to start the season at a street circuit, given how difficult they are to learn to drive,” JCR owner John Cummiskey said. “Kris did a good job taking care of the car, and he gained a lot of experience, which is the most important thing right now. We tested at Barber over the winter and have had a lot of success there, so we are looking forward to getting some more momentum going there.” 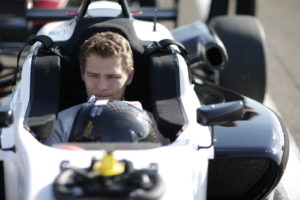 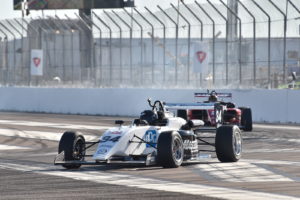 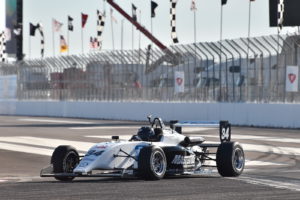 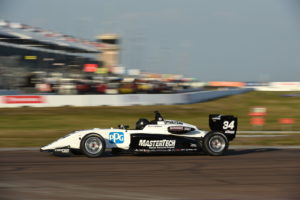