BROWNSBURG, Ind. – John Cummiskey Racing will welcome a new member to the team for the Cooper Tires USF2000 Championship Powered by Mazda season finale at Mazda Raceway Laguna Seca as Michael Scott will pilot the No. 33 car for the last two races of the year.

The 21-year-old Scott, a native of Te Puke, New Zealand, will be driving in place of Ayla Agren who is unable to compete due to budgetary issues but will still be at the track for the race weekend in support of the team.

Scott brings an impressive resumC to JCR as he won the New Zealand Formula Ford championship and also competed in the Toyota TR 86 sedan series, where he captured two wins and finished fourth in the points.

“We’re really excited to have Michael join us at Laguna next weekend,” JCR owner John Cummiskey said. “He’s a proven talent and I am confident that he will adjust to the USF2000 car quickly and be ready when we go racing.”

Scott will return to California December 6-7 as the Mazda Road to Indy holds its inaugural $200K Scholarship Shootout. Open to approximately 20 worldwide series champions, the shootout will award a $200,000 scholarship to the winner for use in the 2017 Cooper Tires USF2000 Championship Powered by Mazda.

“I’m very thankful to JCR for giving me the opportunity to drive the No. 33 car,” Scott said. “It’s a great to get a chance to get some experience racing in the USF2000 series while also getting some valuable seat time I’ll need when I return for the Shootout in December.” 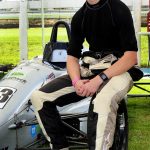 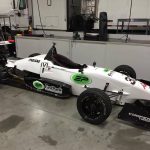 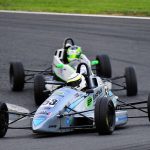