Brownsburg, Ind. – Like the rest of the teams in the Cooper Tires USF2000 Championship Powered by Mazda series paddock, it was an exciting time when the new Tatuus USF-17 car arrived in the John Cummiskey Racing shop.

While the new car brings a sleek look and lots of promise for JCR in the 2017 season, it’s also come with a bit of a new learning curve. Along with the new chassis, the car comes with several updated features that makes it a completely different animal from the tried-and-true Van Diemen that had been on the grid for close to two decades.

JCR has been hard at work building the new machines, and a busy testing schedule has left owner John Cummiskey believing that the team has a solid grasp on the car heading into the first race as part of the Grand Prix of St. Pete in less than six weeks.

“I’m really happy with the progress we’ve made during our test sessions,” Cummiskey said. “JCR has a group of very experienced engineers and mechanics who have accomplished a lot in a pretty compressed time schedule, and as a result I think we are going to be very quick when we get to St. Pete.”

JCR was unable to participate in the Chris Griffis Memorial test at the Indianapolis Motor Speedway in mid-October, but has since tested at Memphis Motorsports Park, National Corvette Museum Motorsports Park and Barber Motorsports Park. JCR will be joining several other teams in another test beginning January 31 on the road course at Homestead Speedway in Homestead, Fla.

The team then heads to Sebring International Raceway in mid-February before joining all of the teams on the Mazda Road to Indy ladder back at Homestead for a two-day session February 28-March 1.

JCR has been working to finalize deals with drivers for both of the cars in the team’s stable, and Cummiskey intends on announcing the lineup in the near future.

“We’ve had a lot of good conversations with some talented drivers,” Cummiskey said. “Like many drivers at this level, funding is often a work in progress but I anticipate all of that will be finalized shortly and we can get to work on getting our drivers prepared for the season.”

This year will mark the third full season for JCR in the USF2000 series. 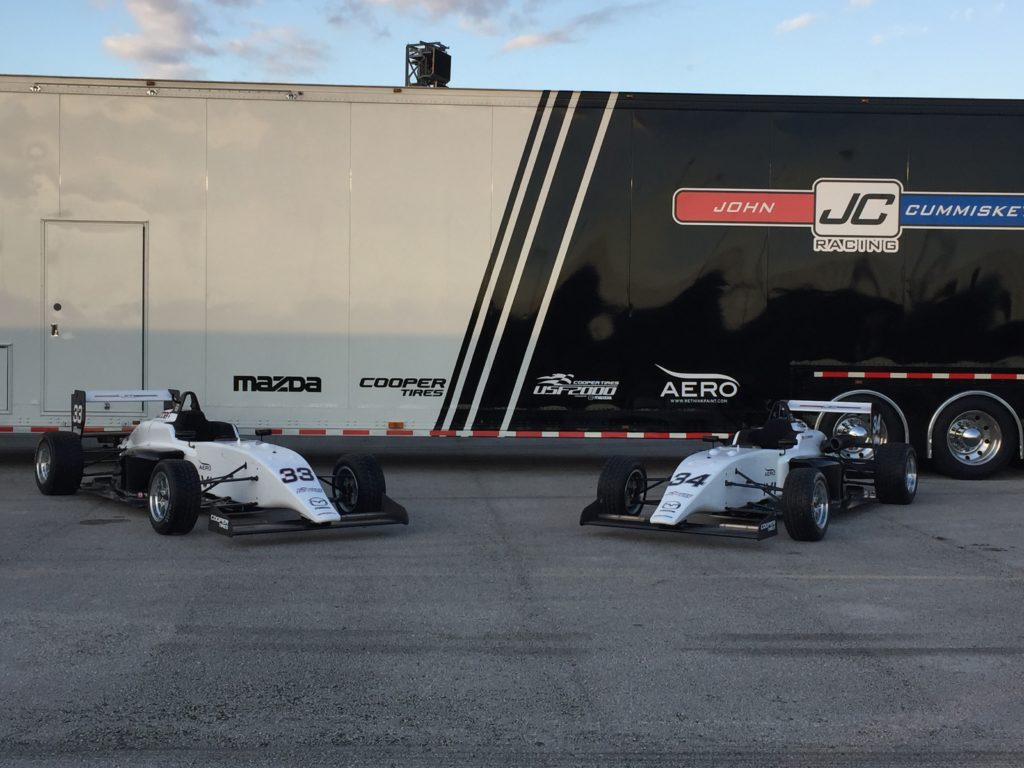