Brownsburg, Ind. (Aug. 3, 2016) — While the Cooper Tires USF2000 Championship Powered by Mazda season still has one weekend left on its schedule, John Cummiskey Racing also has an eye on 2017.

Team owner John Cummiskey has placed an order for two new, Tatuus-built, USF-17 chassis, which will be used by the series through at least the 2021 season, and today unveiled the livery that the JCR cars will carry into competition.

“JCR is very excited to be a part of the next generation of racing in the USF2000 series,” owner John Cummiskey said. “The USF-17 has been met with positive reviews through every step of its development, and will be a great tool for drivers looking to move up the Mazda Road to Indy ladder.”

The new Tatuus USF-17 features a carbon fiber monocoque chassis to meet the latest FIA safety standards as well as a 2.0-liter Mazda MZR engine and Cooper racing tires. It will replace the Van Diemen/Elan tube-frame car which has provided the backbone of the Cooper Tires USF2000 Championship Powered by Mazda since 1999.

The new car features several upgrades in safety, performance and electronics, while being more cost-effective than its predecessor, and the car has performed well in testing at Barber Motorsports Park in Alabama, Road America in Wisconsin and Lucas Oil Raceway in Indianapolis. 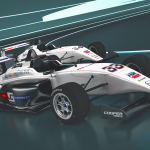 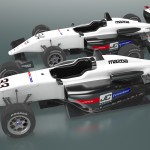 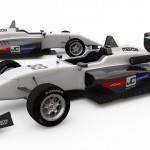