JCR LOOKS TO CONTINUE HISTORY OF GOOD RESULTS AT BARBER

Brownsburg, Ind. (Apr. 19, 2017) – Since joining the Cooper Tires USF2000 Championship Powered by Mazda series full-time in 2015, Barber Motorsports Park in Leeds, Ala. has been good to John Cummiskey Racing.

During the 2015 Winterfest, Anthony Martin posted a P3 and P4 finish in the two events, then returned later in the spring to finish P4 and P2 as part of the 2015 Championship season. Last year, JCR returned to Barber and saw Ayla Agren post two Top 10 finishes, including a P6 that was her second-best finish of the season behind a P4 at Road America.

This year, JCR heads to Barber for Rounds 3 & 4 of the 2017 season having spent two days during the off-season testing and gathering data for the new Tatuus USF-17 car, and a driver in Kris Wright who, although he has yet to race at Barber, still counts it among one of his favorite tracks.

Wright will be behind the wheel of the No. 34 MasterTech/PPG/Wright Automotive Group machine, and looks forward to heading back to Alabama after gaining valuable street course experience in the season’s opening rounds at St. Pete.

“I’m really looking forward to going fast,” Wright said. “Barber is a great track and through our time spent testing I feel like I’ve become very comfortable there. We got a lot done back in November and I’m looking forward to applying what we learned back then during the race weekend.”

Joining JCR in the No. 33 Regency Food Services car will be Australian Bayley Micker, who makes the 11,000-mile trip from his home in Perth, Australia to run his first race in the USF2000 series. The 20-year-old Mickler, who is friends and sometimes roommates with Anthony Martin, competed in the Skip Barber series last year after winning its 2015 Karts to Cars scholarship.

Mickler will be making his first laps at Barber and the USF-17, and while he knows the learning curve will be steep, he hopes to step up to the challenge.

“The USF-17 is certainly a different car than I have ever driven, but I’ve reviewed a lot of video and data, as well as talked to people who have a lot of knowledge of the car,” Mickler said. “It’s great to know a little bit going in, but at the end of the day I have to go out and drive the car and figure out what I need to do to be quick.

“What will be beneficial to me is that we get two test sessions on Thursday before practice and qualifying, so it will be important for me to make the most of that hour of testing time to get settled in the car and be ready to go when the race weekend officially starts.”

Also competing under the JCR banner this weekend will be Colin Kaminsky, who will be piloting the No. 27 Slick Locks/Kaminsky Racing entry. The 17-year-old from Homer Glen, Ill. placed P16 and P14 in his USF2000 debut at St. Pete, and like Mickler will be seeing Barber for the first time.

“I’ve spent a lot of time driving Barber on the simulator, but of course that doesn’t compare to the real thing,” Kaminsky said. “The more seat time I can get this weekend, the better. Having the opportunity to get some racing experience under my belt at St. Pete has me feeling really confident, it’s just a matter of learning the track and going from there.”

Below is this weekend’s schedule (all times CDT): 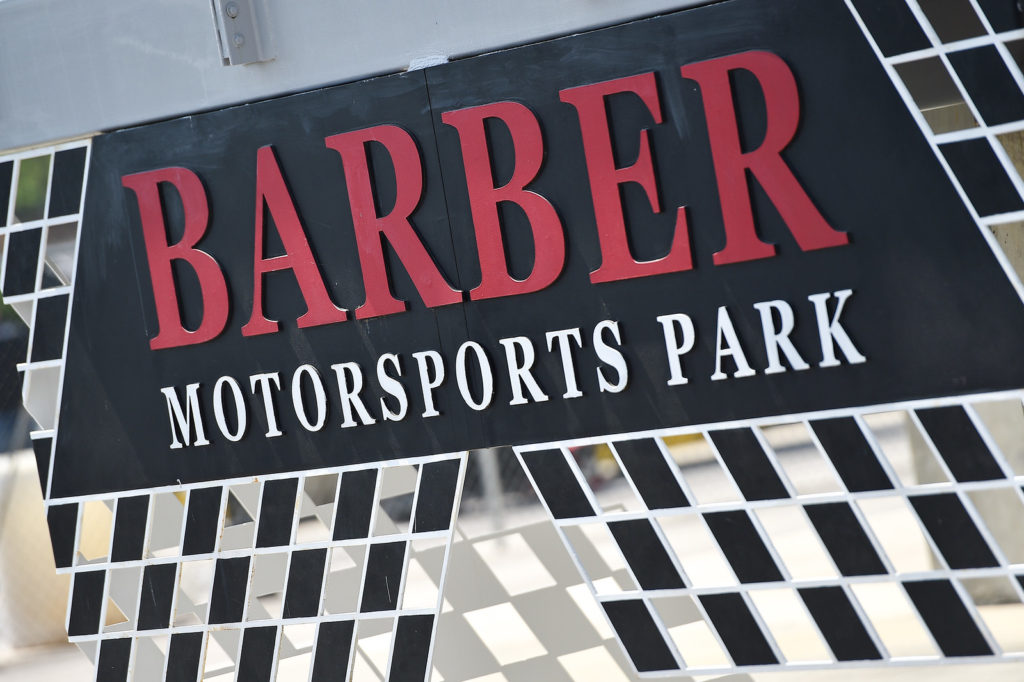