BAYLEY MICKLER TO DRIVE FOR JOHN CUMMISKEY RACING AT BARBER

Brownsburg, Ind. – John Cummiskey Racing will welcome Bayley Mickler to the team for Rounds 3-4 of the Cooper Tire USF2000 Championship Powered by Mazda, to be run April 20-22 at Barber Motorsports Park in Leeds, Ala.

Mickler, a 19-year-old from Perth, Australia, will pilot the No. 33 entry for JCR and carry sponsorship from Regency Food Services, an Australian-based company that provides meat and smallgoods to catering companies and restaurants.

“I’m really excited for the opportunity to race with JCR at Barber next weekend,” Mickler said. “The Cooper Tire USF2000 Championship Powered by Mazda series is a competitive series known for producing great drivers, so I’m looking forward to the chance to compete in the No. 33 Regency Food Services car.”

Mickler comes to JCR with a wealth of international karting experience, and was the winner of the 2015 Skip Barber Karts to Cars Scholarship Shootout, which earned him a spot in the 2016 Skip Barber Championship Race Series, where he notched multiple wins and podium finishes.

Mickler already has a connection to JCR, as he is a friend and roommate of Anthony Martin, who drove for the team in 2015 and currently competes in the Pro Mazda series.

“We’ve heard lots of good things about Bayley, and we are looking forward to getting him in the No. 33 car,” said John Cummiskey. “Though he only has a year in open wheel cars he’s already shown his potential, and we think he can get up to speed quickly. We are expecting good things from him.” 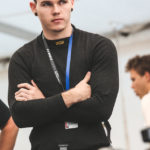 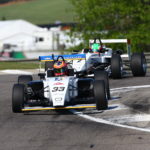 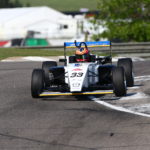